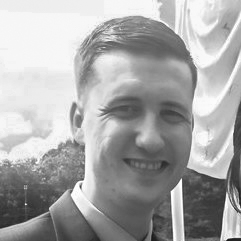 Reddit. The hivemind of the internet in all its glory. Populated pretty much by males, in the tech world, with college degrees; a lot of the famous memes and internet trends originate here. Unlike the other darker versions of internet forums (4chan, 9gag etc etc) Reddit is a sanitized version with a zealous moderation team ensuring that content its Users generate is not only palatable to a wider audience but also legal.

But what is it?

Taking its cue from the halcyon days of the early internet, Reddit uses a USENET-like graphical user interface that lets Users create ‘subreddits’ which is effectively their own sandbox forum. The URL structure is really simple – www.reddit.com then /r/ as a subdirectory followed by whatever name you come up with for your own subreddit (news, worldnews, politics etc etc).

You then moderate becoming a ‘mod’ who can then delegate that authority to other chosen Users. It is then up to you – the mod – to keep the subreddit in-line with sitewide rules on content publishing. This is even trickier since the MO of Reddit is anonymity. Users do not have disclose personal details ever. 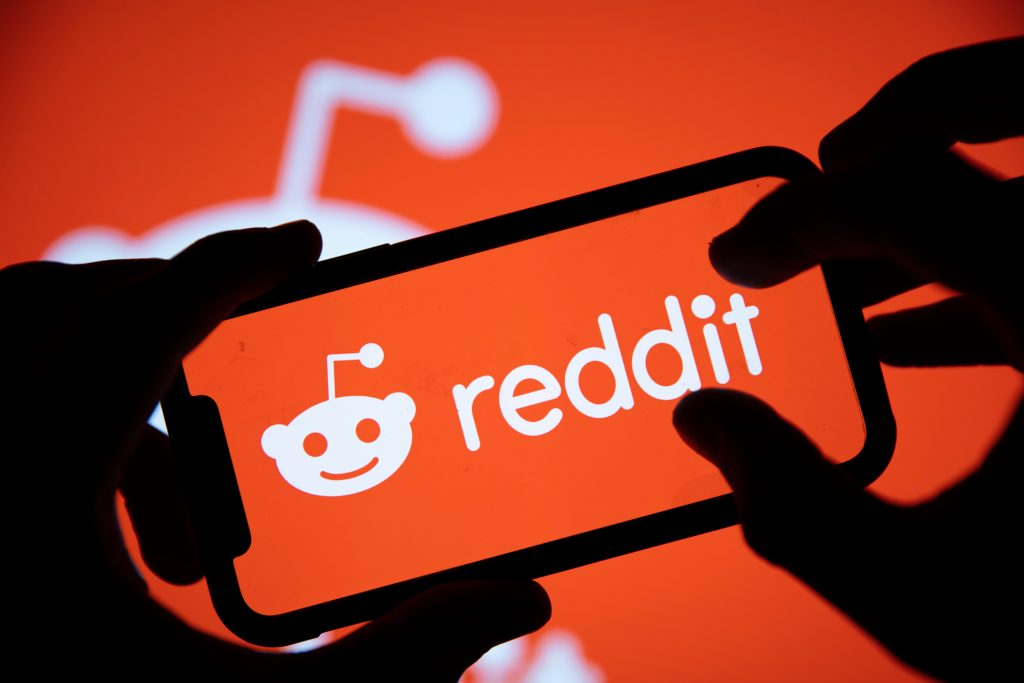 The meat and potatoes of the website is allowing users to post content (links, text posts) in subreddits. This then creates threads in your subreddit where Users can interact with each other in the ‘comments’. Typically, most users are interested in the comments section more than the actual content posted.  The crux of Reddit is that all Users can upvote or downvote comments and posts which moves content/comments up and down the respective threads.

Users benefit from this by having ‘Karma’ which is the total calculation of all their received upvotes and downvotes from content and comments they post. The cream will float to the top in an ideal world but Reddit has also become a battleground of bots pushing and pulling content that favor their pet causes.

The userbase – as mentioned earlier – is largely young(er) males, working in the tech sector, with college degrees although there is a plethora of demographics. The userbase is infamous for being cheeky, irreverent, sarcastic, and a main source of internet culture through memes etc (a common joke on the site is making the most egregious/crude sounding usernames with a hope of being mentioned by journalists when being quoted). This makes it a tricky minefield for advertisers.

Now we understand what Reddit is, let’s evaluate whether it’s a good medium for B2B marketing. On the plus side, Reddit has a never-ending stream of niche communities. This means that you will be guaranteed to find the right audience as they automatically segment themselves. Furthermore, the advertising capabilities of the platform mean that you can easily find more of these niche communities and understand the user overlap between other subreddits.

Reddit users also tend to be the most engaged users on the internet; meaning your content is more than likely going to be engaged with. While the majority are casual users, there are reams of power-users especially in the more niche subreddits that spend upwards of 5 hours a day intermittently browsing the website.

However on the negative side Reddit can be very problematic for your brand. The first glaring issue, is that the userbase prides itself on being nitpicky and sarcastic as they can hide behind the sacred anonymity promoted by the site. Take a look at what the CEO of Renault/Nissan had to deal with when he did a famous ‘Ask Me Anything’ (AMA) post: 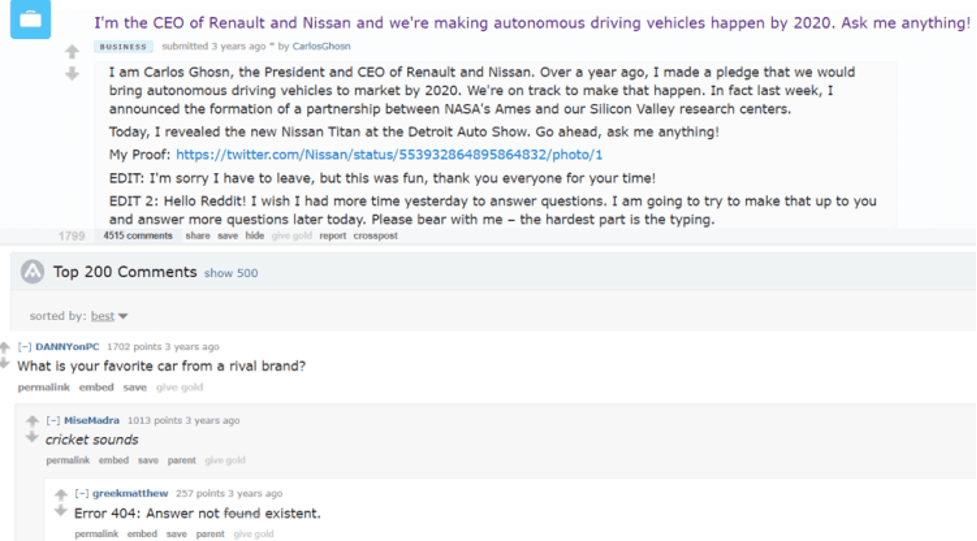 Users dogpiled in with awkward questions and then tried to outdo each other in delivering ‘mic drops’ to embarrass the brand in question. This is a common problem on Reddit and you should be keenly aware and prepared for this eventuality.

The second reason advertising on Reddit can be problematic is; you are pretty much restricted to ‘free’ forms of advertising like creating posts (AMA, or just standard posts (this is the most dangerous for preserving your brand integrity as you’re opening the door to memes, sarcastic comments and just general denigration)) or you can pay to promote your post so it shows up higher in the various subreddits (which gives a few more protections from the snarky userbase). This means you’ve got to absolutely nail the content of your post as it will only be text or image/GIF, and then you need a seamless transition to a landing page that drives the conversion you are after.

As you can tell this is far more suited to B2C as you will not get key decision makers in Fortune 500 companies browsing random subreddits while in-the-market for $150k+ a year products/services, usually.

At Avid Demand, we never write off specific platforms but feel our clients should be aware of the benefits and more importantly; pitfalls of specific platforms. Reddit can help you find the very specific audience you are after but syncing this with the correct messaging and landing page experience can be extremely difficult for B2B given the nature of the Users and why they are browsing in the first place – for the memes!